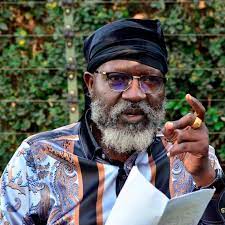 Wajackoyah in a past interview said he was once disqualified from vying for a member of parliament seat in Tottenham, UK because he was not married.

Speaking on NTV, Wajackoyah said he has never changed his citizenship despite him vying for the MP position.

“These people ought to read. They ought to just go to the internet and google. They are wasting their time writing to the embassy. Nobody is deporting me as I’m a Kenyan by birth with high levels of education,” Wajackoyah said.

Wajackoyah’s response comes hot on the heels of a letter by Former presidential aspirant Peter Solomon Gichira who wrote to the British high commission questioning the status of his UK citizenship.

Wajackoyah was barred from vying for MP seat because he didn’t have wife
Wajackoyah’s Popularity Worries Government Official
Government to provide every Presidential candidate with at least 10 Bodyguard’s
Wajackoyah: From Raila’s Bouncer to Bhang Advocate on the Edge of History
We are asking Raila to consider weed legalization for medicinal ourposes
Politics 604 Wajackoyah 12