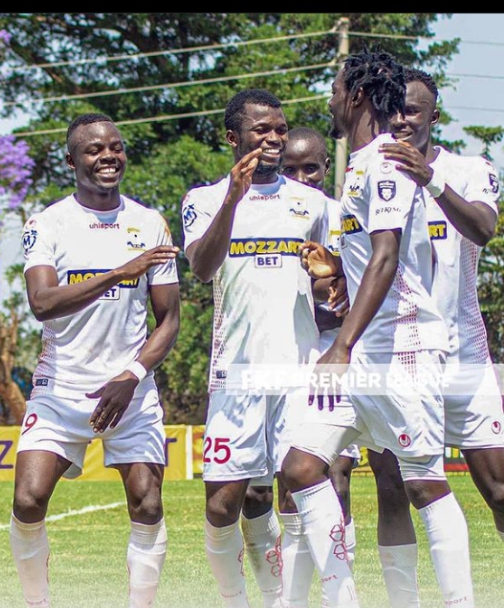 Wazito FC fell to an Odiwuor first half penalty to lose 0-1 to the Kakamega based side in a match played at the Utalii grounds.

Wazito were by far the best team in the opening half with chance after chance falling their way but Kimanzi’s attackers lacked the sharpness needed to find the back of their opponents net.

Wazito suffered a third minute setback when their first choice goalie M.Oduor was stretchered off and rushed to hospital in an ambulance after a coalition with G.Mwamba

Cliff Nyakeya and Joseph Kinyajui wrecked havoc much of the first half with run after run but they couldn’t find the target.

For all their wasted chances, wazito were made to pay dearly in the 47th minute when Kakamega were awarded a penalty after substitute goalkeeper A
Omar brought down D.Okoth in the area.

G.Odiwuor stood tall and held his nerve to send the goal keeper the wrong way for Homeboys and the games only goal.

Come the second half and wazito tactician, Francis Kimanzi brought in E Gichimu in the 46th minute in place of a subdued M.owino in the number 9 position, but still an equalizer was not forthcoming.

Kakamega homeboys seemed to have improved after the late first half goal, as much of the second half they created the clearest of chances that sadly lacked that clinical final output.

In the 70th minute former Bandari talisman Yema Mwana was guilty of not doubling his side’s lead after blasting his shot over the bar with only the goal keeper to beat.

These changes brought some much needed impetus upfront and the industrious Gichimu thought he had grabbed an equaliser for his team in the 79th minute from a Kinyajui cross from the right, but his brilliant header was correctly ruled for offside.

Kakamega had a glorious chance to kill the game in the 89th minute, this time Masinza guilty of taking too long to tap the ball home with the empty net glaring at him, allowing L.Adet to pull a goal line block denying Mwalala’s boys a second goal.

Denied a second goal late on, but the win was undeniable for the western Kenya based side as centre referee blew her whistle for the end of the game with birthday boy, Head coach, Benard Mwalala getting a befitting birthday gift, a win over Francis Kimanzi’s side on the road.

Kakamega who have a 100% start to the campaign with two identical wins in their first two matches next face defending champions, Tusker FC at the Bhukungu stadium while Wazito FC will be looking for redemption as they visit Nairobi City stars on the 20th of October in Nairobi.