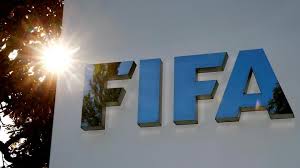 We will have no choice but to ban kenya-FIFA

In a letter seen by us, the world football body FIFA has responded to the move by the cabinet secretary for sports to disband FKF and the appointment of a caretaker committee.

In the letter , FIFA has stressed its stance on the independence of it’s member associations which FKF fall under. Adding that government interference is not acceptable even if such actions are not the fault of the association.

FIFA has stated that should the move by the cabinet secretary be deemed as interference in the operations of FKF, a statutory body, then a ban on Kenyan football will be inevitable. According to the world body this will be so unfortunate as those who would suffer the consequences are not those who are directly involved in or those who’ve led to the ban, but the footballers would be the one to harshly soak the effects of such an unfortunate ban.

According to FIFA it is only they, through due process who should initiate and execute the setting up of a normalization committee in the event that the federation fails in it’s mandate.

“In esse, we consider that the aforementioned decision by the Cabinet Secretary to appoint a FKF Caretaker Committee in lieu of the elected FKF Executive Committee is undoubtedly contrary to the above principles.

Should this be considered as undue government interference in the internal affairs of the FKF, it could lead to a ban imposed on the FKF by the competent FIFA body.

In such a case, all of Kenyan football would suffer the consequences, and not just the individuals directly involved in the undue interference. In actuality, it is up to FIFA alone, on the basis of serious and well-founded information as well as under exceptional circumstances, to order the dismissal of executive bodies of member associations followed by the appointment of a normalization committee (cf. art. 8 par. 2 of FIFA Statutes)” read part of the letter

Quoting a letter dated 18th of October, FIFA has reiterated their intention and willingness to attend an all inclusive meeting with the FKF and the cabinet secretary, ministry of sports to find an amicable solution to the issues raised by the latter as soon as possible to avoid the imminent sanctions on Kenyan football

“Finally, and as referred to in the Cabinet Secretary’s letter of 18 October 2021, we would like to emphasize on our willingness to hold a meeting with the FKF and the Ministry of Sport as soon as possible so as to address any concern both sides may have and, all together, to decide on a way forward for the sake of Kenyan football” continued the letter signed by Kenny Jean-Marie, FIFA chief Member Associations Officer