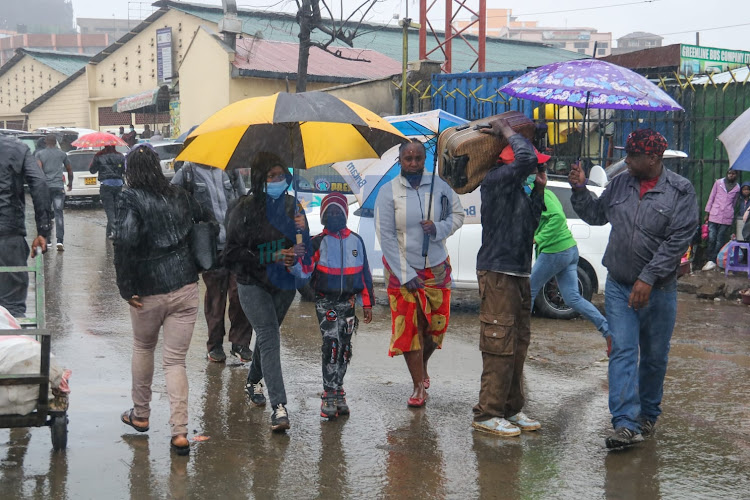 The Christmas festivities in Kenya are likely to be occasioned occasioned by widespread rainfall, across most parts of the country.

“Rainfall will be expected over the next four days from today, December 24th, 2021 to December 28,” the Kenya Meteorological Department (KMD) has revealed.

Updated daily forecast suggests unsettled conditions, will develop from today in most parts of the country with a minimum temperature of 12°C.

According to the  Kenya Meteorological Department  it will result in light and heavy showers increasing on Christmas eve, Christmas Day and into Boxing Day majorly in the afternoon hours.

She added that occasional heavy rainfall is likely over parts of the Highlands East of the Rift Valley, South-eastern lowlands, North-eastern and the Coastal strip, with strong south-easterly winds with speeds exceeding 25 knots (12.9 m/s) expected over some parts of North-western and North-eastern Kenya.

“Showers and thunderstorms over several places are expected in most parts of the county, with some experiencing sunny intervals in morning hours coupled by rains in the afternoon hours,” said Aura

According to the forecast, Marsabit, Mandera, Wajir, Garissa and Isiolo counties will experience sunny intervals in the mornings and afternoons throughout the forecast period with chances of showers.

The Coastal strip covering counties of Mombasa, Tana River, Kilifi, Lamu and Kwale showers are expected over a few places with the highs of 32°C and lows of 24°C.