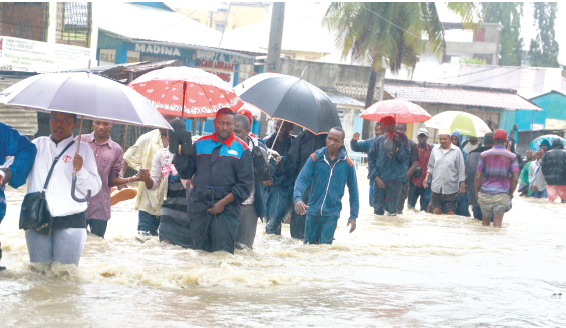 The Kenya Metrological Department has predicted heavy rainfall in most parts of the country between the months of March and May.

According to the weatherman, near average rainfall is expected over Northeastern and the Coastal regions over the same period.

The latest update comes as parts of Nairobi experienced a heavy downpour with hailstorms for the better part of today, Tuesday, February 22, 2022 afternoon.

An assessment report for rain performance in 2021 indicated that the March to May long rains were mixed across the country.

In the western, north-western, central, southwestern, parts of the southeast of the country and Mandera county, the rains were mostly 91 – 110 per cent of normal with western and parts of Mandera, Turkana, Kitui, Narok and West Pokot receiving amounts between 111 – 140 per cent of normal.

According to the report, the rains were poorly distributed in space and time, particularly where below-average rainfall was received significantly affecting cropping both livestock and crop production.