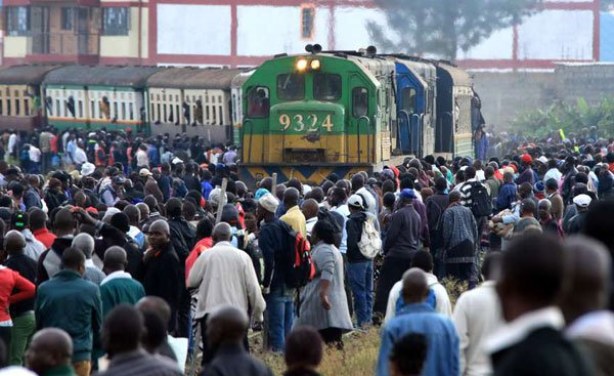 Travellers from Kisumu and Malaba to Nairobi will, from November, get seamless train services.

The passengers will linked with the newly built Standard Gauge Railway (SGR) line and the refurbished metre-gauge track between Nakuru and Western Kenya.

Kenya Railways Corporation Managing Director Philip Mainga said seamless services will begin before Christmas after trials on the railway line linking the SGR to the older railway track at Longonot are completed.

“Passenger operations from Nairobi to Mai Mahiu and Malaba via Longonot through a revamped metre-gauge train for visitors to and from Western parts of Kenya will start in November,” he told the Kenyaonlinenews.com  when he accompanied members of the Parliamentary Committee on Finance on a tour of the Naivasha station.

A spot-check by the Kenyaonlinenews.com  showed that the 23.5km interchange line at Longonot area in Naivasha that connects the new SGR line to the metre gauge railway is complete.

The track from Maai Mahiu to Longonot, whose construction began in August last year, is now complete, linking the SGR and the metre-gauge railway line.

Last Friday, September 28th, 2021, is that Kenya Railways has also built the Longonot control station to enable smooth transportation of cargo containers and passengers from Nairobi and Mombasa to Kisumu and Malaba border into Uganda.

“Hopefully, we’re starting trial runs in the first week of October in preparation for commissioning by the President in November,” Mr Mainga revealed.

He termed the 465-kilometre stretch as critical for development to ensure connectivity from the Port of Mombasa to Malaba through Kisumu.