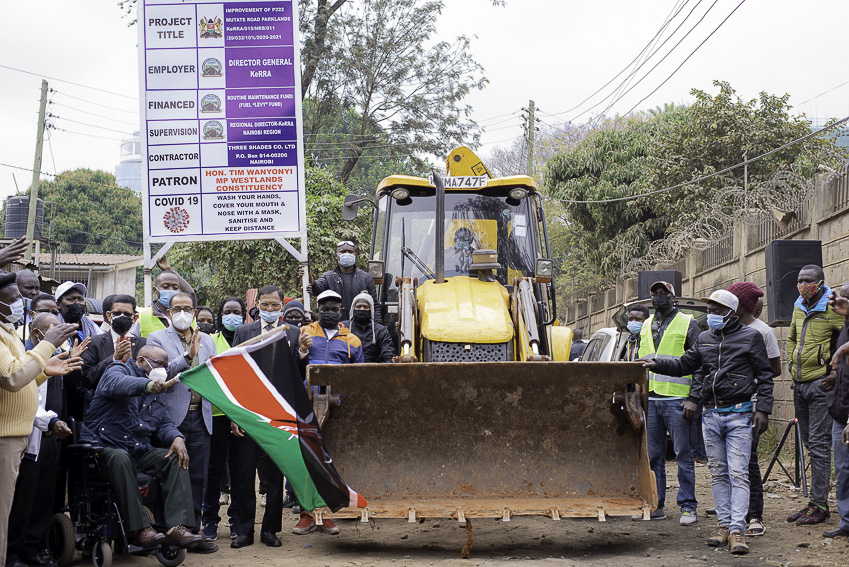 The road project being done by the Kenya Rural Roads Authority (KeRRA) through the constituency roads board.

Notably, the construction of the 250meters length road will be concluded in three weeks time.

Addressing Parklands residents, the Westlands lawmaker Tim Wanyonyi said that the road will be tarmacked for the first time. He underscored the importance of the road in enhancing business in Parklands.

Similarly, the Member of National Assembly said that he will focus in giving a facelift to all impassable roads within the constituency.

“This road has been in existence for long but has never been tarmacked.We will tarmack this road as well as other access roads in the constituency. Improvement of this road will enhance security as well as boost the volumes of trade of the businessmen in this area,” said Tim Wanyonyi.

Three Shades Construction Limited are building the road. The road’s construction is being financed by the Routine Maintenance Fund ‘Fuel Levy Fund’ through the Constituency Roads Board under the patronage of Westlands MP Tim Wanyonyi.

The Hindu Council of Kenya were represented by their Vice Chairperson Suryakant Challa, Committee Members Ashok Shah and Nilesh Bhavsar. Parklands MCA Jayendra Malde who was absent was represented by his Personal Assistant.