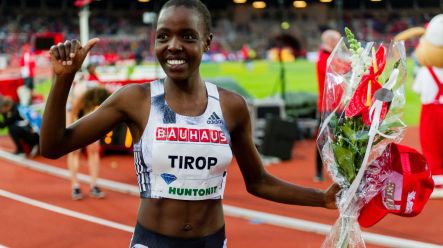 The 2015 World Cross Country champion was found dead in her house in Iten, Elgeyo Marakwet County on Wednesday with stab wounds.

Tirop has been living at an athletics camp after differing with her husband but returned two days ago at the home following reconciliation by relatives and friends.

On September 12th, 2021, Tirop set a new women-only world record in 10km by clocking 30:01 to cut the tape at the Adizero Road to Records event in Herzogenaurach, Germany.

Tirop, the second youngest athlete to ever win gold at the World Cross Country Championship in 2015, was also part of Team Kenya’s representative at the Tokyo Olympics.

admin January 23, 2022
The Azimio la Umoja power line up for Nairobi County can now be revealed as alignments and realignments begin to take shape in the Raila Odinga led mo [...]
Politics