Leading betting firm Betika in its quest to develop sports at the grassroots headed to Kayole to rehabilitate a field that has produced a world history maker and top Kenyan Premier League and national men’s and women’s football team players.

Betika, held a ground- breaking ceremony to commence the start of the rehabilitation of the Kayole Calvary field at Kayole/Komarocks area on Thursday 23rd September 2021.

With an expected completion date of December 2021, the Kayole Calvary field will see over 300 junior teams and over 20 senior teams grow their talent.

The historic field is the first beneficiaries of the Betika Na Community field rehabilitation Initiative.

It is at Kayole Calvary field that the youngest soccer official/administrator in the world Charity Muthoni emerged, this according to FIFA records.

Muthoni then aged 10 years old playing as a striker was elected as the Mathare Youth Sports Association (MYSA) Kayole zone chairperson in 2008 which then had over 2,000 youth on 127 teams participating in the area’s sports and community development activities. 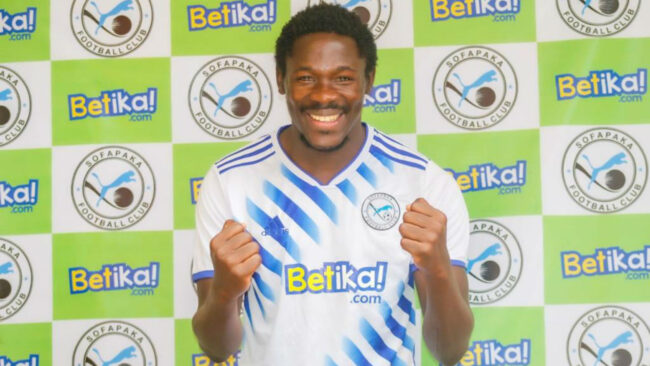 In the 2017 Premier league season, Juma was the most generous players finishing the season with the best assist record of nine Juma still had the power to net eight of 41 goals scored by Nzoia Sugar.

Some of the players who started playing at the Calvary field to play for Harambee Stars are Sofapaka’s Lawrence Juma, Kenyan Premier league winning striker with Tusker, George ‘Tompo’ Midenyo and Isaiah ‘Song’ Omondi.

Players who horned their skills at Calvary field have played for the national women’s team Harambee Starlets and they include Christine Ngoizi, Laventa Lupembe, Audrey Kasei, Esther Wanjiru, Juliet Auma, Sharon Juma, Tina Turner and Foscah Nashikanda all from Kayole Starlets together with Lilian Ngina and Lucy Akoth who transferred from the Kayole based team to Ulinzi.

Speaking at the ground-breaking ceremony, Jackie Tonui, the firm’s Marketing Manager said, As part of our Betika Na Community initiatives, we have gotten into an agreement with the Embakasi Central Constituency Development Fund (CDF) office to upgrade the community football pitch in Kayole. This is our first community pitch, and we plan to spend over 100M in the rehabilitation of such community pitches across the country to improve their conditions to advance the training standards of grassroot sports”.

“Currently, grassroot teams face the challenge of postponing matches or playing in waterlogged pitches during rainy season. In addition, most pitches are hazardous and are a cause of injuries to players due to their rocky and uneven conditions. Betika wants to change the game and level the playing fields across the country to give our players a reason to wake up and grow their talent” said Mrs. Jackie Tonui.

Mr. Elias Mate, Fund Manager CDF Embakasi said “We are happy to be the first beneficiaries of the Betika Na Community field rehabilitation Initiative. From what I have seen and heard,

Betika is all about changing the lives of Kenyans by giving solutions that provide long term impactful initiatives to the communities around us. Thank you for touching the lives of people of Kayole, we are grateful that the youth here will start playing in a level ground”.

The event was witnessed by representatives from the Ministry of Sports Arts & Culture, Embakasi CDF officials, Kayole residents and sports men and women.

“Calvary grounds in Kayole is a public space that has seen many football stars through thick and thin in their days as amateurs. Growing up here, I have seen it become a mother ground to many local teams i.e Kayole Asubuhi,Kayole Starlets,Kayole United,Komarock Rangers FC,SHOFCO FC among many others.Many life changing events have taken place here.It has also acted as a place for graffiti artists to display their murals and for environmentalists to practice  urban farming and ecological justice. Thanks to Betika for coming on board,” says former KPL side Mathare Yoth player and current Kayole Starlets coach Joseph Sakwa.

The ‘Betika Na Community Initiative’ has now grown into a massive movement with huge following across the country and the firm promised to rehabilitate pitches to raise the bar and urges more needy communities to reach out to them with their needs.