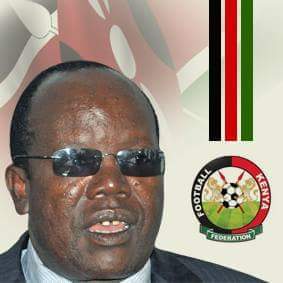 The Football Kenya Federation Caretaker Committee (FKF-CC) has been challenged to focus on the development of football rather than placing priority on the appointment of a head coach for the national team Harambee Stars.

According to former Football Kenya Federation (FKF) president Sam Nyamweya, the caretaker committee should offer a structured technical and financial support to the various leagues which include the FKF premier league, National Super League, Division one, Women Premier league and the women division one league and not prioritise the appointment of a coach for Harambee stars.
Nyamweya noted that the caretaker committee should prioritise paying match officials extend financial grants to registered county football associations and reinvigorate the growth of grassroots football as a priority.

Nyamweya as well averred that the committee should place priority on the preparations of the national women team harambee starlets and the amendment of the FKF constitution and overseeing the elections of FKF but not appointing a coach for Harambee stars who’s World Cup, and AFCON dreams have all been wound.

“The FKF caretaker committee is fast running out of ideas and delving into misplaced priorities. A section of the members of the caretaker committee are pushing and canvassing for the appointment of certain individuals to take over the vacant position of Harambee stars coach,” Nyamweya said.

The former football administrator said that there was open canvassing for the position indication that there was possibility of the presence of undercover agents seeking to make a killing in hefty commissions from signing of such contract.
Nyamweya said that setting up youth football development framework should be prioritised as should the amending and aligning the FKF constitution to the sports act.

“Aligning the FKF electoral code to the constitution of Kenya and setting a date for free, fair and transparent FKF elections is also a priority,” Nyamweya said.

“The appointment of Harambee stars coach is not the mandate of a transitional committee such as the FKF Caretaker committee,” He noted.

Nyamweya lamented that while the caretaker committee was majoring on minors, it is run on the taxpayer’s budget and that with a six months shelf life, 45 days have elapsed without any tangible results and that to date, the FKF Caretaker committee has not made a definite plan of action.